Yesterday, an announcement was made by Hon Shane Jones that The Northern Adventure Experience (NAX) will receive a $5.59m funding boost to improve and enhance the visitor experience in the Bay of Islands.

NAX is an offshoot of the Bay of islands Vintage Railway (BOIVR) – formed to apply for and project manage this award.

The following were at the station, on the platform – which acted as the stage, in front of a large crowd of invited guests and BOI locals, TV film crews and press:
Hon Shane Jones, Minister for Regional Economic Development, who announced that the “shovel ready” project application, of $5.59 million was being awarded to NAX –
Deputy Prime Minister, Rt Hon Winston Peters  and the Hon Kelvin Davis, Minister for Tourism who both spoke, and MP Matt King.
After food and drink served in St John’s Hall using the Railway Station Cafe staff, the train took guests on a train ride.

BOIVR has been working to restore the original line since 2003 when it was formed to ensure that the railway was preserved. The first part of the construction plan is to replace 6.5km of the current cycleway that runs over old railway tracks. The popular vintage rail experience will be improved and extended to run from Kawakawa all the way to Opua.

In addition, the historic 109-year-old steamboat Minerva will be fully restored to operate from Opua into the Bay to join the piers and connect activities and history, thus enabling locals and visitors to travel as an alternative to using their cars.

NAX will provide extensive training opportunities for local residents to support the tourism ventures. Once the project is underway, 68 construction jobs and up to 25 permanent jobs in the tourism industry are expected to be created. 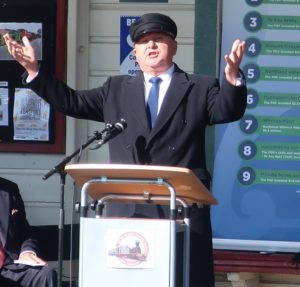 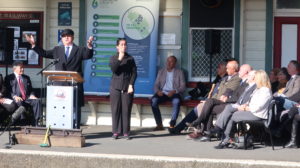 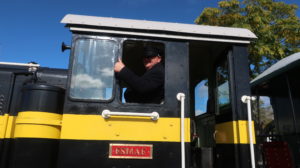